Why Distribution Negotiation Fail And How To Safeguard Success 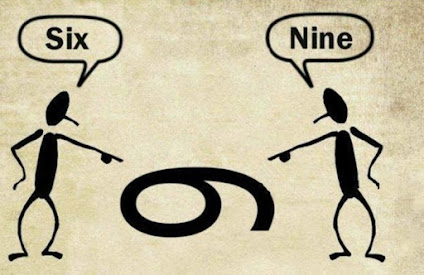 Manufacturers and channel partners are two sides of same coin - one produces and the other sells. Together, they make a successful business entity. Though the relationship is mutually beneficial and one should court the other like a perfect marriage - in reality, it does not happen always.

As part of vanik.com online platform - everyday we come across large number of manufacturers looking for channel partners - as also eager channel partners seeking suitable manufacturers. We connect the two and many of them manage to build successful distribution channels - benefiting both partners. However, in several cases, in spite of best intentions on both sides - deals do not materialize.  Why does it happen ? What are the deal breakers in manufacturer - distributor negotiation ?  Based on my research - here's a short list that both manufacturers and channel partners should be aware of to avoid future disappointment.

This Is Not A General 'Why Deals Break' Type Article

A deal may break for many reasons - from emotional ones to general disagreement. Hundreds of articles have been written on the subject by experts - one may easily search from Google. However, the scope of this article is limited to negotiation between manufacturer and channel partners or rather reasons of their failure to reach a successful distribution agreement. I have tried to identify the underlying reasons here - so that both parties may prepare accordingly.

Most imbalances come from lack of experience and bad advice. Many times, imbalance originates from one partner's  desire to gain advantage over other. So, how to reduce disagreement over distribution contract ? The simple solution is to stick to market standards. Solicit a model distribution agreement from your industry association and make changes.

We at vanik.com offer model distribution contracts to our members, whenever needed. Here's a blog article on same topic

Many manufacturers, especially those building distribution network for first time - make this mistake. Distributor is not buyer - but your partner in progress. Manufacturer appoints distributors for markets where he/she is unable to reach physically. So, distributor works on behalf of manufacturer - as reseller.  If the distributor is successful – so is the manufacturer, it’s a win-win situation. Hence, it rests on manufacturer to train and nurture every distributor and make him successful. A distributor, properly trained and active - is an asset for the business, as the former not only sells but also helps manufacturers in many other ways like cash flow, market feedback, sales promotion etc. Relationship with distributor is a life long process - not one time sale.

As is evident, distribution is a tight-knit, legally contracted operation that needs upfront money to be invested. As a result, many channel partners may not prefer to get into distributorship - specially for new, untested products. Wholesaling is a far safer option to test market viability of a product. If everything goes well, the relationship may be transformed into distributorship.

Manufacturers should recognize the insecurity and uncertainty of channel partners and work for long term relationship building. In distribution negotiation, if channel partner is undecided about viability of a new product - an offer to wholesale during initial days may rescue a broken deal. The channel partner relationship is a long-term affair - never rush it for quick return.

At Vanik.Com, we offer the wholesale platform of BazarA2Z.Com  for B2B E-Commerce transactions. Members of Vanik can create wholesale store at BazarA2Z.com for initiating wholesale relationship with channel partners. The twin platform of Vanik and BazarA2Z helps in building robust disbution channel within short period.

How To Price Your Product Realistically And Avoid Common Mistakes

Distribution business work on credit - sooner or later, manufacturer has to offer credit to channel partners. However, giving credit without any guarantee is an unwise decision. So, manufacturers demand a security deposit from distributors to maintain credit balance. However, this condition may upset aspiring distributors as they prefer to test a product for market acceptability before getting. A middle path may be adopted in such cases  - No Security Deposit - No Credit.  Distributor does not pay security deposit but then pay cash for first few transactions. This way, interests of both partners can be secured.

There are a few fraud manufacturers who promise astronomic return from their magic products and demand huge security deposit. Once the deposit is received - the so called manufacturer starts ignoring distributor or vanish from market. Be wary of such manufacturers - they pollute the market and cheat unsuspecting, newcomers.

For successful launch of a consumer product - manufacturer offers various incentives for retailers like discount, schemes, free gifts etc. The distributor may have to appoint sub-dealers, specially in far flung rural markets. All these entail costs on manufacturers. Manufacturers may well keep these issues in mind while negotiating and work out product pricing accordingly.

Well begun is half done - the English proverb sums up what's necessary for a successful distribution negotiation. Understanding sensitivities, strengths and weaknesses of other party and insight into reasons for negotiation failure gives manufacturers a head start. Concluding the negotiation successfully then becomes that much easier. Hopefully, manufacturers will take into account above research findings while negotiating distribution agreement.

Popular posts from this blog

Your Product Is Doomed To Fail - Without Distribution

June 16, 2020
Distribution is the backbone of Indian market. It ensures smooth passage of a product from factory gate to retailers across India. No matter how good a product or how competitive the pricing - it’s unlikely to grow big and reach sizeable market without distribution support. Its comparatively easy to drive marketing campaign and create awareness/demand through large spending in Electronic And Print Media - but sales is unlikely to grow if consumers do not find the product in nearby retail store. Online is surely an alternative - but is still in its infancy - accounting for only 2% of total Indian retail market.
So, how does one plan for distribution ? Ensuring a product reaches large number of consumers across a vast country like India using poor infrastructure (transportation, warehouse, cold chain etc.) is a challenge. The challenge gets even more difficult given huge diversity of language, custom and local regulations. Indian distribution industry is highly fragmented - to get prod…
Read more